Food systems that depend on conventional agribusiness intensify the greenhouse effect causing loss of productivity, food insecurity and obesity 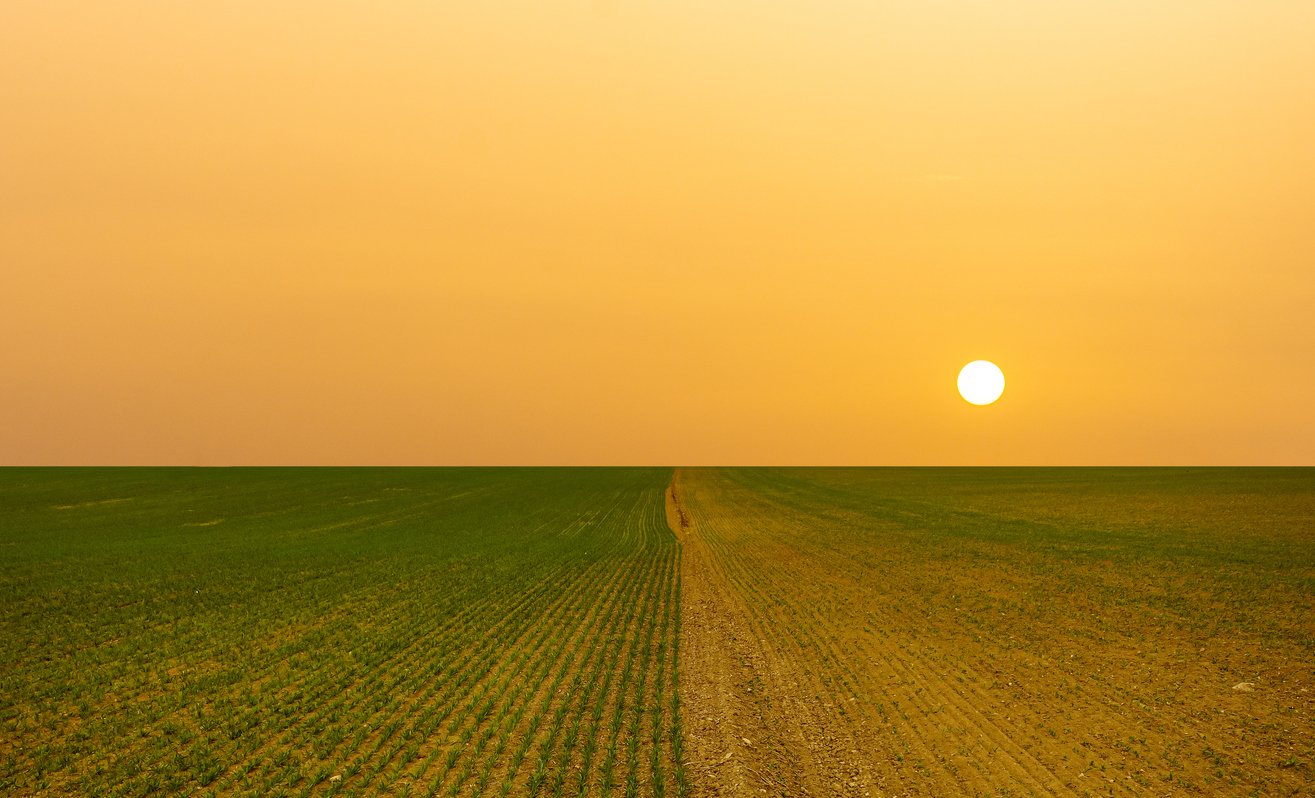 While Brazil was world second leader in the export of agricultural commodities in 2020, at the end of the same year the country also registered more than 116 million people in food insecurity, who have partial or no access to food. Of this total, 19 million Brazilians are starving, according to the Brazilian Network for Research on Food and Nutritional Sovereignty and Security.

On the other hand, 26.8% of the adult population is living with obesity – which does not mean that they are well-nourished people. These are antagonistic situations: lack of access to food and excessive consumption of unhealthy products. We live at the junction of epidemics of obesity, malnutrition and climate change, which interrelate and retro feed themselves.

In recent decades, science has shown and documented the consequences that conventional agricultural models have on natural resources, biodiversity and people’s health – in addition to directly contributing to the rise in global temperatures.

By promoting deforestation, monoculture of commodities and the intensive use of pesticides, the current Food Systems dictate the logic of production and land use, transforming it into a factory floor that produces on an industrial scale. Food systems have not been able to promote health and respect the environment.

The report “The state of food and agriculture”, by the United Nations Food and Agriculture Organization (FAO), revealed in 2016 that, in the world, agriculture and land use contributed to at least 20% of emissions greenhouse gases, mainly from the conversion of forest to pasture and agriculture.

In 2019, according to a report by the Climate Observatory, changes in land use for agriculture in Brazil, with emphasis on deforestation in the Amazon and in the Cerrado to open up new productive areas, amounted to 44% of total domestic greenhouse gases emissions. Among all sectors, such as industry, energy and commerce, this represents the largest share of contribution to climate change.

Moreover, if we add the agriculture and livestock sectors, this marriage corresponds, between 1990 and 2018, to an average of 80% of total emissions in Brazil.

The consequences promoted by this business-as-usual logic are felt worldwide. And these same consequences come back to strongly impact the agriculture sector itself, which is the one that will lose most productivity with the intensification of climate change.

Agriculture is already experiencing the consequences of longer and more frequent periods of drought, increased and greater variability in temperatures, changes in rainfall patterns and the increased intensity of extreme weather events such as floods, desertification and rising sea levels. This expected drop in productivity will directly impact food insecurity in a country that is experiencing the terrible effects of hunger.

Economically speaking, the consecutive records of crop and production of Brazilian agribusiness, which in 2020 represented 26% of the domestic GDP, should be strongly impacted by climate change. On a global scale, estimates of future economic losses caused by climate change are up to 18% of world GDP, according to a report by the Swiss Re Institute.

It is, after all, a Food System that is sabotaging itself: by breaking harvest records after records, it contributes to climate change and thus contributes to its own end.

Today we live in a global syndemic caused by high rates of obesity, malnutrition and climate change. This is the biggest current challenge for society, the environment and the planet. Confronting it invariably goes through a profound transition not only in the logic of using the land and producing food, but also in transporting, distributing, marketing and consuming it.

The agricultural sector is responsible for radically reducing greenhouse gas emissions through, for example, the recovery of 72 million hectares of pastures in an acute state of degradation in Brazil. The measure would significantly reduce the pressure to open new areas and avoid annual losses of around R$9.5 billion to producers, according to the ClimaInfo Institute.

Biodiversity loss in Brazil is on a continental scale. According to the 1st Brazilian Diagnosis of Biodiversity and Ecosystem Services, only 26% of the Pampas vegetation cover remains, 28% of the Atlantic Forest and 55% of the Cerrado – the three most affected biomes.

This impairs the environmental capacity of carbon retention, altering climate regulation, and affects the ability and maintenance of atmospheric oxygen production, soil formation and retention, nutrient cycling, water and energy supply, among others. It also means the loss of countless plant and animal species, with potential for medicinal and food use, as well as incalculable relevance.

Following the deforestation and the opening of new productive areas, the agricultural sector is betting on the intensive use of pesticides. According to the diagnosis, in the last ten years the application of so-called agricultural pesticides increased by 190%.

This practice causes contamination of water courses, soil depletion, loss of biodiversity and promotes consequences on people’s health, as documented by the Brazilian Association of Collective Health.

In addition to mitigating these harmful processes, a systems transition agenda must consider the investment and enhancement of dynamics and businesses that enable an adequate use of natural elements. In this sense, different studies highlight the essential role of traditional peoples and family farming as actors with knowledge and practices aligned with the sustainable use of biodiversity.

All these initiatives, essential not only for maintaining economic productivity, but for life on this planet, fit within an agriculture and a Food System that sows more justice, equality and health.

The first Food Systems Summit in history, organized by the UN, is scheduled for September, with a pre-event on July 26 to 28 in Rome, Italy. This would be an important opportunity to advance a model transition agenda if it were not for the corporate capture to which the event is submitted.

One of the main reasons for not recognizing this summit as legitimate is the appointment of Agnes Kalibata to head it, a figure notably known for her ties with agribusiness on the African continent. She is part of the Alliance for the Green Revolution in Africa (AGRA) and shows difficulty in recognizing the importance and rights of small producers in food systems.

Organized civil society, through the Civil Society and Indigenous Peoples Mechanism for relations with the United Nations Committee on World Food Security, will host a side event to challenge the forum.

To give a voice to actors who are part of the Food Systems, but who were left out of this space taken by corporatism, civil society will promote the Peoples’ Counter-Mobilisation to transform corporate food systems between the 25th and 27th of July, with a round for Latin America on the 22nd and 23rd. They will be spaces of resistance, to demand and propose a transition agenda for sustainable and healthy Food Systems.