The material, created by Zago Brothers, shows that the transition to more sustainable food models depends not only on individual choices, but on companies and governments 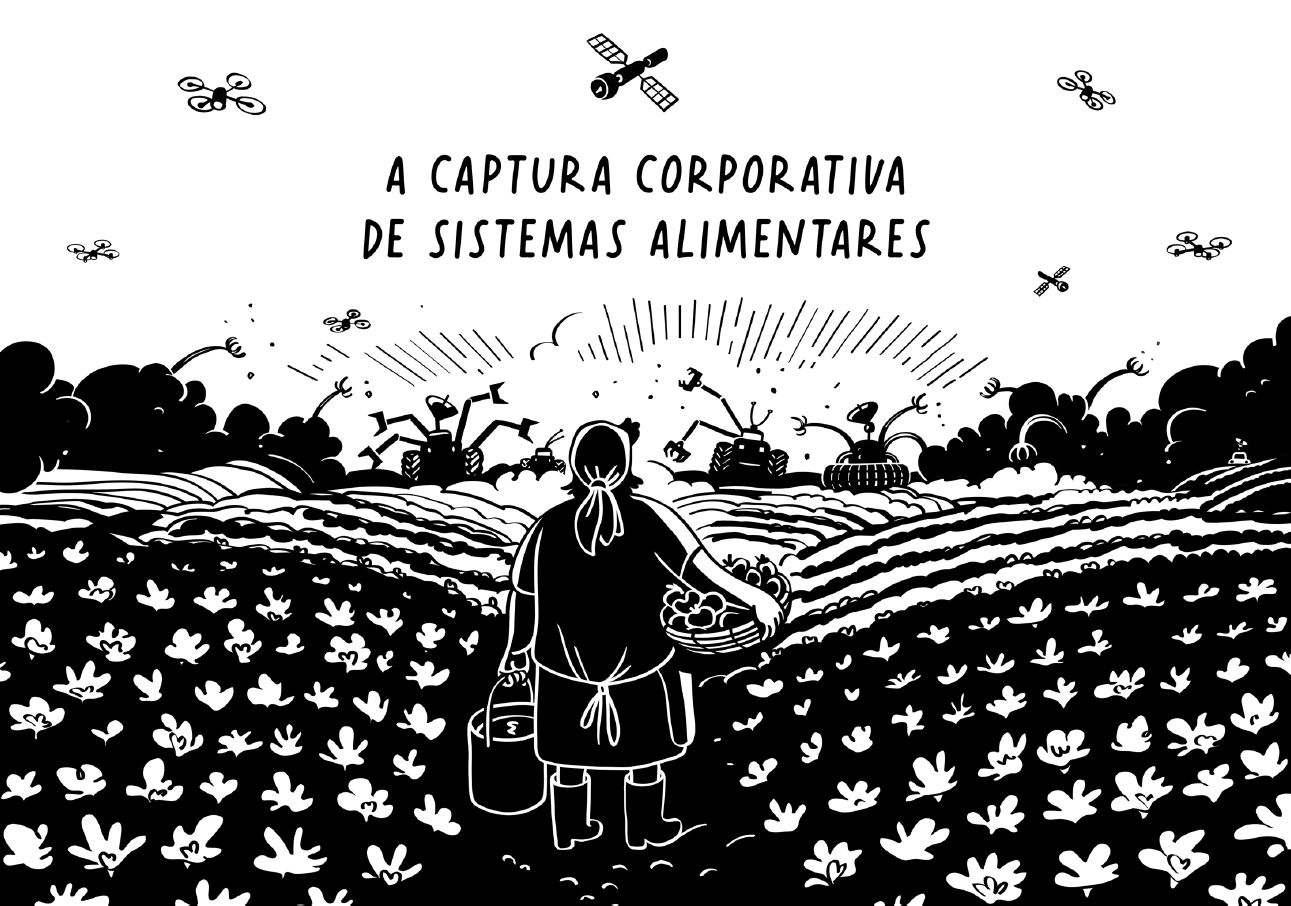 Food systems, which represent everything that has to do with the production, distribution, supply and consumption of food, are increasingly under the control of a small number of powerful companies. Corporate control over what we eat and grow undermines the human right to food and nutrition, causing hunger, obesity and environmental impacts that contribute to climate change. The radical transformation of food systems is more urgent than ever.

A partnership between FIAN International and the artists Zago Brothers developed the comic “The Corporate Capture of Food Systems”, which can be accessed in full here.

The material details how the industry interferes with the logic of producing and offering food – and how this causes negative impacts on the health of people and the planet. It illustrates, in an artistic and intuitive way, how large agribusiness, finance, technology and food companies use their resources to influence food systems.

Originally produced in English for the ESCR-Net series, the publication gained a Portuguese version at the initiative of FIAN Brasil – Organization for the Human Right to Adequate Food and Nutrition and the Brazilian Institute for Consumer Protection (Idec), in order to strengthen the debate on the subject in Brazil.

The comic “Corporate Capture of Food Systems” was released this week, during the premiere event of the documentary “Big Food: The Power of Ultra-Processed Industries”, which also denounces the influence of large corporations on public health.

“If before it was the richest countries that dominated the food systems, today it is the large corporations that exercise this domain, which has generated serious violations of rights, all over the world”, highlights the secretary general of FIAN Brasil, Valéria Burity.

For Janine Coutinho, coordinator of Idec’s Healthy and Sustainable Food Program, the initiative is an important action to communicate in a didactic way the complex relationships between companies, governments and our food. “We urgently need to promote a transition to Food Systems focused on human rights, not corporate interests to increase their profits. Only in this way will we be able to fight the global crises of hunger, obesity and climate change”, she defends.

Access the full comic “The Corporate Capture of Food Systems”.