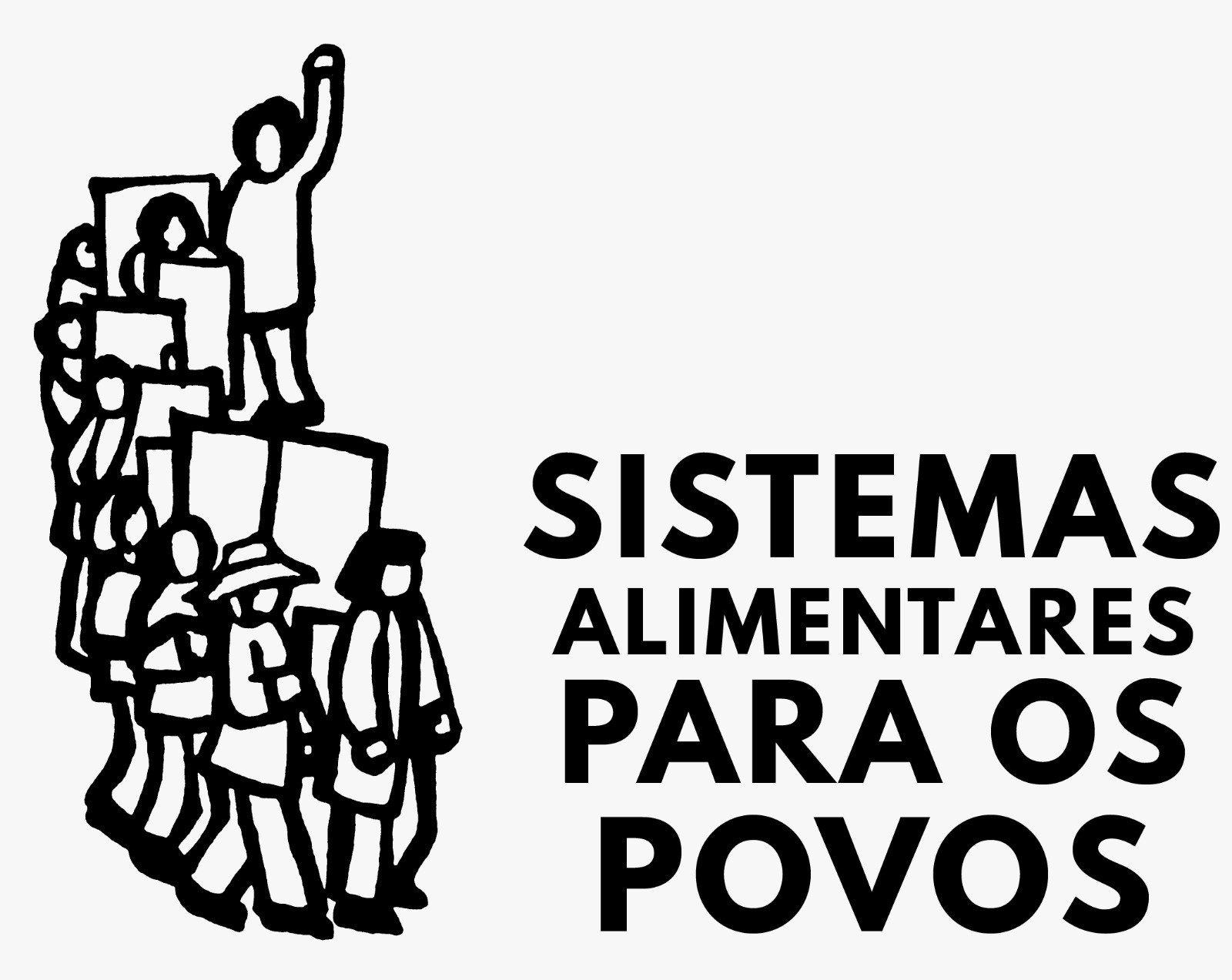 Between July 25 and 28, Idec (Brazilian Institute for Consumers Protection) participated in the first People’s Counter Mobilization to Transform Corporate Food Systems, an event held in the form of criticism and resistance to the United Nations Food Systems Summit, which took place in the same period, in Rome. Days before the world meeting, on July 22nd and 23rd, a preliminary stage for Latin America was carried out with the support of the Institute.

“We are working on a process that is closely linked with this movement to build an agenda for healthier and more sustainable Food Systems in Latin America and Brazil. We have political influence in countries, governments and institutions. We are doing this because we believe in the food sovereignty of peoples”, said the coordinator of the Healthy and Sustainable Food program at Idec, Janine Coutinho.

The movement is the result of the union of more than 300 civil society organizations from around the world to face the food production and consumption models dominated by large corporations in the food industry and agribusiness. With a broad program, peasants, small producers, indigenous and traditional peoples, consumers and public managers participated.

The event was broadcast online. The meetings were held based on the organization and mobilization of movements, institutions and communities that promote other models of Food Systems. The theme was approached from the perspective of human rights and coexistence with nature, contrary to the discourse focused on productivity and profit in agribusiness and the food industry.

Idec did not officially participate in the UN event after denouncing the corporate capture under which it is submitted, as well as the lack of respect for self-determination to define the representation of civil society and the lack of transparency in the selection and diversity criteria in the scientific committee of the Summit.

The fight for food sovereignty

The People’s Counter Mobilization to Transform Corporate Food Systems was designed with the objective of reflecting the demands, knowledge and experiences of civil society. Therefore, the first day was dedicated to eight hours of uninterrupted cultural presentations from different organizations and communities and resistance speeches.

In the following days, a series of dialogues were promoted in independent sessions and, in the end, a closing act marked the union of peoples against corporate Food Systems. Check out the complete schedule here.

Invited to join the table The Struggle for Food Sovereignty in the Caribbean and Latin America on the 27th, Idec presented the perspective of consumers to the global forum, highlighting the agenda of healthy food consumption.

“More than 19 million Brazilians face hunger every day. It is a critical scenario that is based on the political, economic and health crises that Brazil is experiencing – and the way in which food is being produced, processed, sold and consumed”, defended Janine.

According to her, it is necessary to strengthen efforts to promote and defend the Food Guide for the Brazilian Population, promote food labeling, denounce the dangers of consumption of pesticides and ultra-processed products and build paths to fight the global syndemic characterized by malnutrition, obesity and climate change.

During the Latin American stage, it was possible to map the main concerns, challenges and demands of civil society in the region in relation to Food Systems. From the meeting, a manifest was produced with the position of Latin American entities for global mobilization.

“The model we live in is exhausted and is desperately seeking to renew itself and solve the serious problems of sustainability and injustice. They seek solutions that do not solve the problems, but that calm social protests”, said Sofía Monsalve, from FIAN International (Food First Information and Action Network) and member of the Civil Society and Indigenous Peoples Mechanism for relations with the Committee of the Nations United Nations on World Food Security.

The Voices of the People

Check out the main quotes of some of the participants in the People’s Counter Mobilization to Transform Corporate Food Systems:

Jennifer Clapp, Steering Committee of the High Level Panel of Experts (HLPE) of the UN Committee on Food Security

“It is unacceptable that they are trying to privatize public solutions at the UN Food Systems Summit. And they want to impose that on society. We cannot waste too much time challenging the UN Summit, we now need to create and follow our own agenda. We need to create spaces for multiple stakeholders from the base, starting from the people.”

“Over 500 organizations sent a letter to the UN Secretary General in March 2020 raising our concerns about the Food Systems Summit. In response, we received nothing more than an invitation to participate.”

“The Food Systems Summit process was designed from the outset to serve a corporate agenda. How do governments accept having their authority and sovereignty taken over by industry?”

“Food systems are designed to empower companies, not people.”

“Current models require people to get out of their way. The solutions that these systems propose are technological and do not involve people. Food Systems are becoming Data Systems, which are based on surveillance, control and automation. The owners of these technologies will have more access to plantation data than the producer himself.”

Zoltán Kalmán, Retired Ambassador and Former Permanent Representative of Hungary to the UN Food and Agriculture Agencies in Rome

“The UN Food Systems Summit is a danger to the neutrality of science. Information, data, this is power. But who owns this data?”

“Are the solutions proposed by the industries going to propose healthy foods for us? We need to keep people and peasant families at the center of the logic of rural production.”

“We need to recognize that we, as a society, are the legitimate voices of those interested in the process of thinking about Food Systems. We need to ensure food sovereignty through people, integrate agroecology into Food Systems and stop turning food into commodities .”

“The Food Systems Summit needs to agree that the only possible way forward is agroecology, which involves research, knowledge sharing and collaboration between producers and scientists.”

Onel Masardule, Indigenous Forum of Abya Yala, Executive Director of the Foundation for the Promotion of Indigenous Knowledge in Panama

“With independent funding, we can really communicate the results to the base. In Panama and Guatemala, we were able to communicate the resilience of indigenous peoples’ production. The actions are coming directly from grassroots movements.”

“Representing the young people and women farmers in the countryside, it is very important for us to highlight that young people were marginalized in the process of organizing the UN Food Systems Summit, our voices were not heard.”

“Agroecology is the key to achieving food sovereignty. The world’s food systems must be in people’s hands. It’s the people who need to benefit from them.”

“To combat the global syndemic caused by pandemics of hunger, obesity and climate change, it is necessary to promote healthier eating habits, curb the consumption of ultra-processed products and prioritize fair, clean agriculture based on agroecology. This requires coordinated action, focused on policy formulation and human rights.”

“The neoliberal free market policies destroy food systems and have contributed nothing to the fight against hunger in the world, on the contrary: they have reinforced people’s dependence on exported and processed products.”

“Public investments have not been able to support the types of production that generate food for families. And they are models that have already proven to be able to feed people, like agroecology. We need to consider agroecology as the real answer to systems transformation.”

Mary Mubi, former Permanent Representative of Zimbabwe to the RBA

“Importing food from other countries prevents people from eating locally produced food. We need to popularize the indigenous crop and provide assistance by providing information.”

“The current system does not respond to the needs of people that faces food insecurity. We have to find the strength to promote regulations and get the idea of ​​commodities out of food systems.”

“The approach to agroecological production as a whole is to empower people, offering knowledge and promoting rights. Diversity is fundamental to democracy.”

Elisabetta Recine, Observatory of Food Security and Nutrition Policies (OPSAN) of the Faculty of Health Sciences, University of Brasília – Brazil

“ Reducing the knowledge we need about food systems to technological and economic aspects is serious reductionism. This vision deepens inequalities and perpetuates the view that nature and people are at the service of the interests of a few. ”

“Traditional knowledge needs to be recognized. That’s where the conflict of interest lies.”

“Are we going to choose to produce food or provide a natural resource export service to raise more dollars? To transform the system, we need knowledge. And knowledge is built on more knowledge. But when this is privatized, we do not have access and opportunity to produce science.”

“The UN Food Systems Summit only sees one Food System option: the agro-industrial model. And it is precisely this model that establishes links with the use of pesticides, with mortality from malnutrition, which becomes a comorbidity for COVID-19, and with the imbalance of systems.”

“We support this fight for our territory because we know that it is not possible to do agroecology without territory.”

“I wanted to emphasize the importance of training, especially bringing young people into agroecology. Young people often do not want to go to work in the countryside and specialize in agriculture. But children are very interested in knowing about agroecology and preserving the environment rather than destroying it.”

“The formation of schools, especially agroecological, politicized schools, is very important for the construction of Food Systems. Thus, we can have people ready to respond to the food crisis we are facing and many other crises, such as climate change, hunger, obesity, just to name a few.”

“We have the solutions, starting with agroecology. What is needed is public investment to promote these solutions. The voice of civil society was heard and it said enough!”

“When we look at the current COVID-19 pandemic, we see a time and an opportunity for grassroots movements to propose long-term changes in Food Systems.”

“Today they tell us what to produce, how to produce and what to eat. We are still under colonial logic. The poorest countries continue to be influenced by the richest in this regard.”

“We need to limit increased control over corporations, we need strong regulations and prioritize the public interest. We must link food systems to food cultures, not separate them from our society.”

“In practice, we are less than two months away from the UN Food Systems Summit. It is time to have a vision of political analysis and strategies against events. We have to expand this alliance. This is the time to engage our elected representatives.”

“They wanted to bury us so that we would disappear, but they didn’t know we were seeds.”