Civil society and indigenous peoples demand a reaction from the Committee, the most important and recognized multilateral space of the United Nations to discuss food 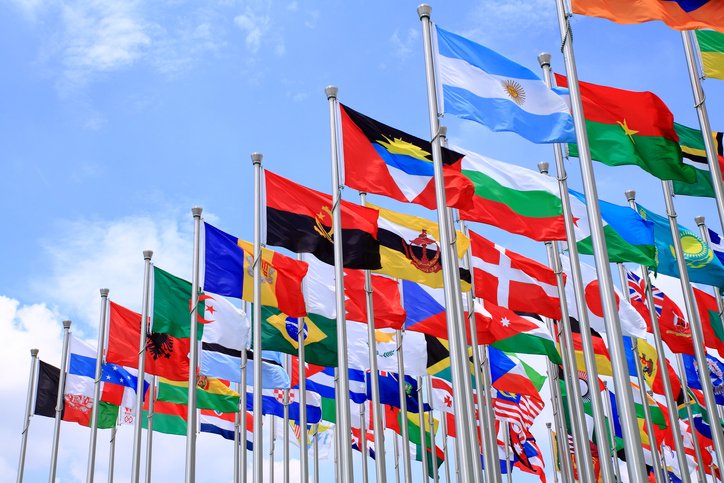 Governments have not reached a clear consensus on the outcomes or way forward from the UN Food Systems Summit (UNFSS) following intergovernmental debates at the 49th plenary session of the UN Committee on World Food Security (CFS 49). Civil society and indigenous peoples are deeply concerned about the implications of the UNFSS for the work and mandate of the CFS, and multilateralism more broadly.

“The corporate multistakeholder governance model embodied and pushed by the UNFSS deepens existing power imbalances among states and weakens their role in the governance of the United Nations. It is simply unacceptable that the highest offices of the UN and the member governments are promoting this erosion of multilateralism.” said Jordan Treakle from the National Family Farm Coalition, a member of La Via Campesina during its intervention on behalf of the Civil Society and Indigenous Peoples’ Mechanism (CSM).

Treakle echoed the political declaration signed by over 1000 organizations representing small-scale food producers, Indigenous Peoples, food and climate justice activists, researchers and NGOs, which denounces how the UNFSS failed to deliver on its promises.

The extent of corporate influence in the UNFSS has been astounding, infiltrating how the Summit was governed, structured, and its content, according to a new report “Exposing corporate capture of the UN Food Systems Summit through multistakeholderism”. The research reveals that corporate platforms are heavily present in the leadership of the UNFSS and the Action Tracks in which its ‘solutions’ were developed.  It shows that the Summit was geared toward replacing multilateralism (in which governments take decisions and are accountable for them as duty bearers) with multistakeholderism – a governance practice that conjures the illusion that all stakeholders are equal in their rights, capacities, and responsibilities. In truth, the multistakeholder approach covers up long-standing injustices, power imbalances and abuses, deepening inequality and injustice.

At this week’s CFS plenary, some countries expressed that the CFS should take a strong role in the follow up of the Summit, or risk becoming irrelevant. But many emphasized that the UNFSS’ outcomes were not negotiated by Member States and should not give rise to any new structures. Some suggested that the High-level political forum on Sustainable Development (HLPF) would be a more appropriate global forum to follow up on the Summit.

The Special Rapporteur on the Right to Food, Michael Fakhri, who has been closely involved in the Summit’s unfolding, cautioned that the UNFSS process marginalized human rights and ignored the most important issue of these times, the Covid-19 pandemic. The CFS, in his view, would be better advised to devote its resources and coordination capacity to addressing the devastating impacts of the pandemic on food security and nutrition.

The Summit’s preparation took place during the worst pandemic the world has experienced in over 50 years and a period of intensifying climate-related catastrophes. Yet, the Summit did not address the systemic implications of COVID-19 or climate change and their related causes: industrial agriculture, global supply chains and corporate concentration in food systems. “With its narrow focus on finance, expensive techno-fixes and corporate-owned proprietary products and technologies, the Summit outcomes will exacerbate inequality, debt, dispossession and extractivism, especially in the global south, and further undermine the small-scale food provision on which most of the world’s population depends” said Treakle.

During the CFS Plenary, the CSM reiterated its objections to the proposed ‘coordination hub’ which would follow up on UNFSS outcomes, headed up by FAO, IFAD and the WFP. This measure would significantly alter the existing global governance architecture of food and agriculture with far- reaching implications, particularly for the CFS. Instead, it is time for the CFS to prove its strength and fulfill its mandate. The CFS must address the insidious corporate capture of food systems and food governance, including through food-related programmes, platforms and governance initiatives financed by the private sector and corporate philanthropies, for example the Global Alliance for Improved Nutrition, EAT and the SUN Business Network. The CSM calls on Member States and the CFS to take their roles and responsibilities seriously, and to fulfill their obligations to the people of the world in both letter and spirit.

– Read the political declaration “No to corporate food systems! Yes to food sovereignty!”