UN Food Systems Summit is over, but problems remain 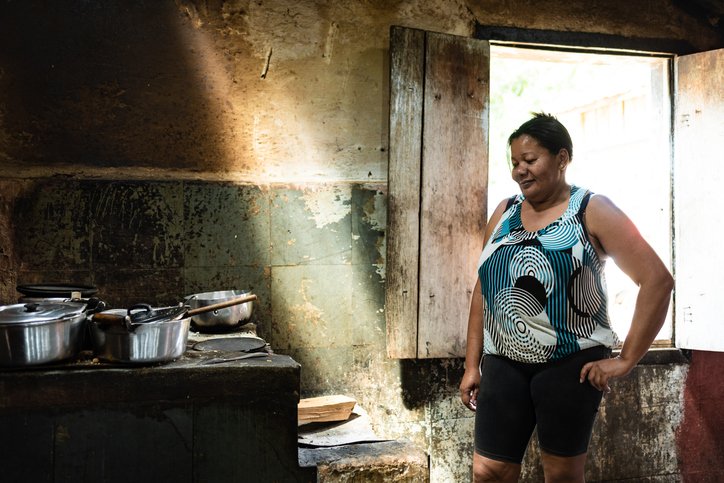 As expected by the Brazilian Institute of Consumer Protection, Idec, and its civil society partners, the UN Food Systems Summit was held without achieving the objective of giving voice and space to the people who are really part of food systems. On the contrary, the event was an opportunity to formalize the interference of the industry in the way in which food is produced and consumed, reinforcing the global crises of hunger, obesity and climate change.

Hundreds of promises were made by leaders of states and companies during the “People’s Summit”, as the event was called by its organizers, in an attempt to simulate the participation of civil society. However, there is no obligation whatsoever to fulfill any of these promises, as they are not binding commitments.

Most points favor solutions related to technological innovations and increased productivity, disregarding successful agroecology experiences and practices in several countries. Thus, food companies and agribusiness continue to dictate the rules of the game.

For Michael Fakhri, Special Rapporteur on the Right to Food of the UN High Commissioner for Human Rights (OHCHR), agroecology is a way for people to take control of food systems.

“Agroecology should be the main focus because it starts with the issue of power dynamics and treats the problem as an issue related to access to resources and control over the food system”, he defended in his report . According to him, agroecology is also economically viable. “Researchers suggest that if we calculate productivity in terms of total production per hectare rather than a single crop, and in terms of energy input versus production, agroecology is often more productive than intensive industrial techniques.”

Fakhri had previously criticized the summit , saying that “much of it” was “built on a fantasy” by not considering the additional challenges the Covid-19 pandemic posed to food systems.

Multistakeholderis an English term that means interested parties. The UN Food Systems Summit was designed in this format, to give space to any actor or interested party to discuss and propose paths for food systems.

But, in practice, this multistakeholderspace was demonstrably unbalanced, because multinational companies have immense resources to promote their agendas, unlike native, traditional peoples, family farmers, consumers and people who are really part of food systems.

The political declaration of the UN Secretary General António Guterres reinforced this multistakeholder perspective adopted since the beginning of the organization of the summit. “Action that transforms requires the engagement and close participation of the people who drive our food systems, such as farmers, herders, food workers and fishermen. In addition to governments, the business community – from small and medium-sized businesses to multinational corporations – has an important role to play,” he said.

For Janine Coutinho, coordinator of Idec’s Healthy and Sustainable Food Program, the summit could have been a great opportunity for real listening to the needs of peoples about their legitimate right to adequate and healthy food. “But instead of real solutions based on demands and rights, paths were presented that consider the interests of large corporations – which will perpetuate food insecurity and increase chronic non-communicable diseases”.

“We were unable to identify in the formal documents of the summit the use of the term ‘ultra-processed’, for example, even taking into account the robust body of evidence of the harmful effects of the consumption of these products, which cause obesity, chronic diseases, early mortality and even depression”, explains Janine.

Civil society continues to fight for real solutions, such as recognizing the impacts of ultra-processed products on health and the environment, strengthening regulatory measures (frontal labeling, taxation of regulatory beverages, marketing restrictions) and the promotion of food guides, such as the Food Guide for the Brazilian Population , produced by the Ministry of Health with support from Idec.

According to the organizers of the event, the UN agencies based in Rome – the Food and Agriculture Organization (FAO), the International Fund for Agricultural Development (IFAD) and the World Food Program (WFP) – will, together, lead a coordination center to support the follow-up to the Food Systems Summit.

This measure, in practice, ignores the fact that there is already a participatory and consolidated space within the United Nations to debate food systems, which is the Committee on World Food Security, which has recognized participation mechanisms, including civil society.

In addition, the reflections and discussions at the summit will continue through coalitions that were and are still being launched and led by member countries and other organizations, such as the WHO, the World Health Organization. It seems, therefore, that the announcements are confirmed. that one of the top bets was the fragmentation of policies, the weakening of the role of countries as policymakers.

Tereza Cristina, minister of agriculture, fisheries and supply, was the Brazilian government representative at the summit. She announced that Brazil will integrate the Waste, Sustainable Livestock and School Meals coalitions, in addition to launching a front on Sustainable Productivity Growth in partnership with the United States government.

“Contrary to the facts – record rates of deforestation, intensive and indiscriminate use of pesticides, occupation of lands of indigenous and traditional peoples, reduction of our biodiversity or even the 19 million people suffering from hunger in Brazil – the minister continues to announce the sustainability of our hegemonic food systems and that the country ‘feeds the world’”, points out Janine Coutinho.

Manifesto on the urgency of healthy and sustainable food systems

To reinforce the demands of civil society regarding the results of the UN Food Systems Summit, the partner organizations of the Latin American and Caribbean Community of Practice on Nutrition and Health (Colansa) launched a manifesto with 16 fundamental points for the transition of models of production and consumption of food.

Focusing on human rights, the document bets on food systems that contribute to social equality, to promote the health of the population, in addition to environmental sustainability and mitigation of climate change.